by Tom Grimes
Our Team 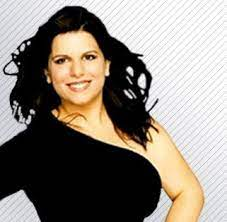 Born in Italy, the island of Sicily, Romina Arena started her career in entertainment at the young age of four years old, signed by Disney touring internationally into her teenage and adult years, and mastering the art of storytelling. With her strengths in writing for TV and film, fluency in 11 languages, vocal and music composition, Romina continues to deliver full creative expression through original features and series as a writer, executive producer, composer, performing artist, published author, motivational speaker, and phenomenal cook with authentic Italian flair.

Romina Arena is an established and award-winning singer, songwriter and composer who has released 25 albums in her career, selling more than 15 million records of original music and soundtracks, and an Executive Producer with Disney-ABC Television, PBS, and ESPN Networks and produced and starred for ABC’s Holiday Movie Skating Spectacular national broadcast and ESPN+streaming to millions of viewers worldwide.

With several BAFTA, Grammy, and Oscar music collaborations to her credit, Romina Arena is known for creative music and content collaborations, writing, and recording music for film soundtracks and TV shows, including the rock opera theme “Satellite” for Microsoft Xbox (Gotham Racing 2), recorded in English and Italian, selling over 10 million copies. A long-time dream of Romina’s was her close reunion and major music collaboration with long-time mentor and Oscar-winning film composer Maestro Ennio Morricone. Morricone chose her over many other major artists to write and compose lyrics to 15 of his most famous scores of all time. After 20 years in the making the duo collaborated on the album, “Morricone. Uncovered”.

Romina has several movie, animation, and television projects in the works, many of which draw from her remarkable survival story, growing up in Italy and her experience coming to America, and adapted stories from decades in entertainment and showbiz.

Romina is represented internationally with management led by Luigi Caiola (manager of Oscar-winning film composer, maestro Ennio Morricone, producer of major streaming concerts with Bocelli, and more), and has joined ViVas! Entertainment, a company, and an entity created by Luigi Caiola in collaboration and partnership with the artistic direction of Franco Dragone (co-founder of Cirque du Soleil and master of theatrical spanning dozens of major stage productions worldwide).

The ViVas! project brings Romina together with the involvement of Dragone as creative director in the creation and development of major new properties and hybrid creations (audience in presence + live streaming) for multidisciplinary performing arts, stage-concerts, musicals, digital & immersive theater and to produce edu-tainment multimedia, theme park, and interactive facilities and activities.